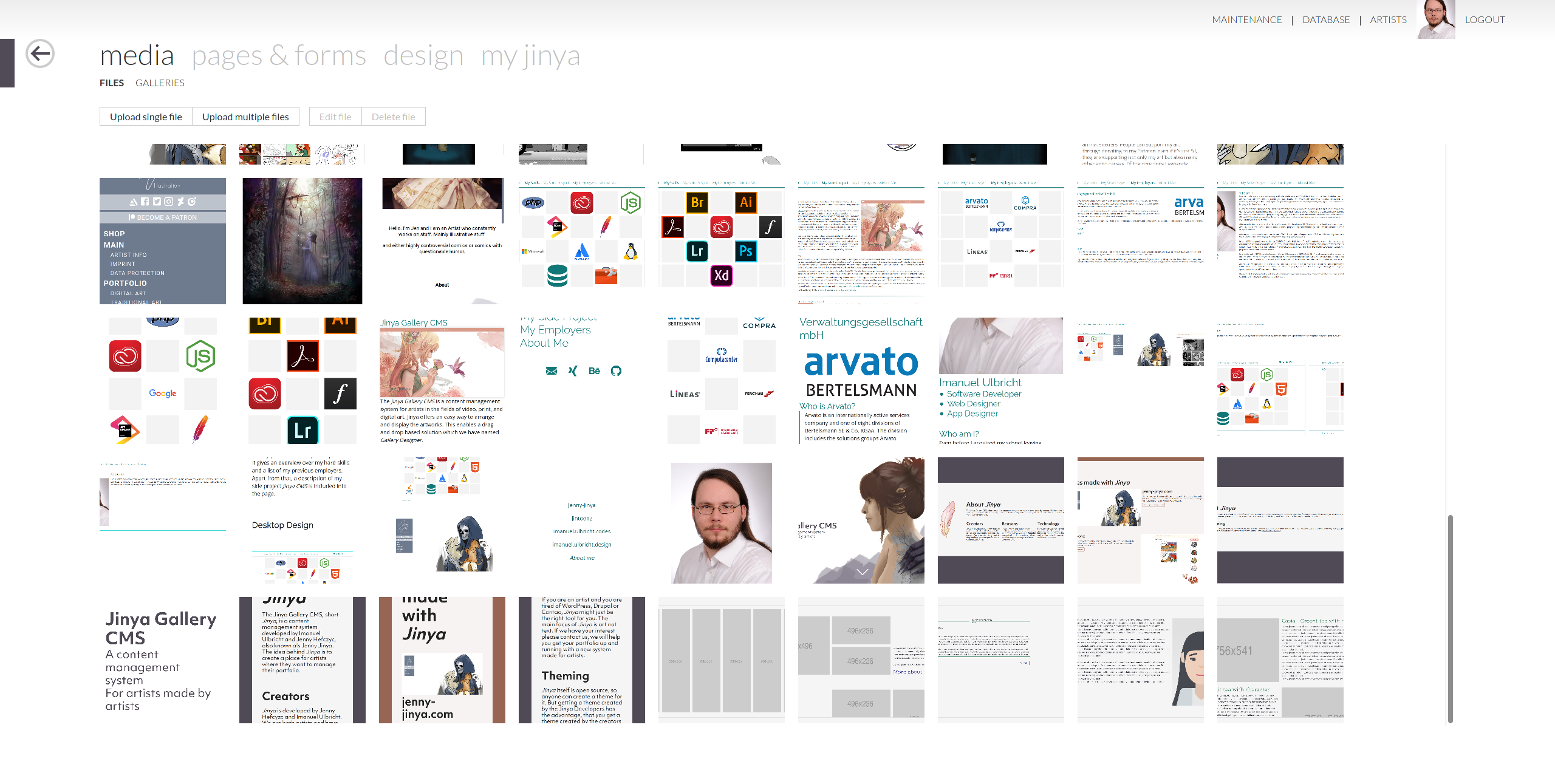 The Jinya Gallery CMS is a content management system for artists in the fields of video, print, and digital art. Jinya offers an easy way to arrange and display the artworks. This enables a drag and drop based solution which we have named Gallery Designer.

My good friend and artist Jenny-Jinya approached me, because she wanted a new website. She asked me to check what’s possible. She explicitly wanted a solution that is specially adapted to the presentation of artwork. Since I had broad knowledge of various programming languages, I informed myself directly what was possible. In doing so, I looked at the requirements from different angles. On the one hand, the solution should be very performant to reduce unnecessary waiting times on the end user side. On the other hand, an administration as simple as possible and going live soon was desired. Since the application should be hosted on a shared hoster, it was only possible to use PHP. In the backend, which is called Designer, we were relatively free in the design, but decided to use a simple two-part design.

The designer was divided into two areas, one for data maintenance and another for the placement of artworks in the galleries. At that time only images were implemented, and videos were not yet planned. However, the implementation of the CMS was delayed, because I was more involved in my job and therefore didn't have leisure time to take care of the CMS intensively. However, after a while I was able to improve my work—life balance and could spend more time with the development of the CMS. On February 10, 2018, after four months of development, the Jinya Gallery CMS was released as version 1.0.

A lot has happened since that day.

With version 2.0, which was released on May 18, 2018, there were some major changes. The original concept — the administration of the CMS in two different areas — has turned out to be extremely unintuitive and therefore the designer was redeveloped from scratch. The basic features of this designer are still present in the current Jinya version. The backend has not only changed visually, there were also several technical innovations. First, the classic MVC architecture of the application was scrapped and replaced by a simple RESTful API. This RESTful API enabled a much more flexible implementation of the designer and offers the possibility of opening up new end devices; previously, only desktop browsers were supported.

The new designer version 2.0 was designed based on modern web technologies like Vue.js 2.5. The interface is a design developed from scratch, which tries to pack as many features as possible into a simple interface. With version 6.0 a static cache for the HTML files was implemented. This change has resulted in a significant performance increase for end users and reduced loading times to a few milliseconds.

The last major change came with version 11.0, in the form of new media handling. Before version 10.0, images and videos were managed separately, and it was impossible to mix these types of art. This was replaced by the Media Manager. This change enables an artist to present their different works of art in the same way they are used to from platforms like Bēhance.

The current version of the Jinya Gallery CMS is based on the PHP framework slim version 4.7. The designer was written in Svelte with ECMAScript 6. Since version 7.0.0 there are prepared Docker containers, which currently run my personal designer website based on Kubernetes.

Other sites that are based on the Jinya Gallery CMS are jenny-jinya.com and lovingreaper.com

Other applications from the Jinya project 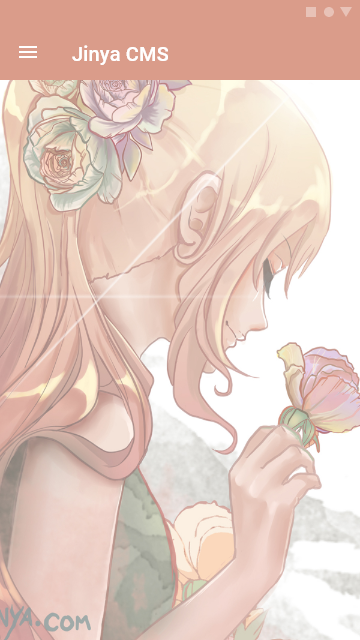 Currently, a mobile application based on Dart and Flutter is under design and development under the name Jinya Gallery App. With the Jinya Gallery App it will be possible to manage and edit different Jinya based pages on one device.